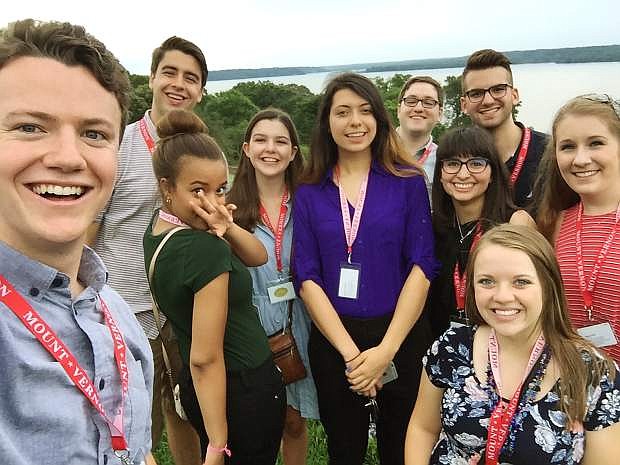 Fallon&#039;s Garrett Kalt, left, was one of 16 fellows selected to the Mount Vernon Leadership.