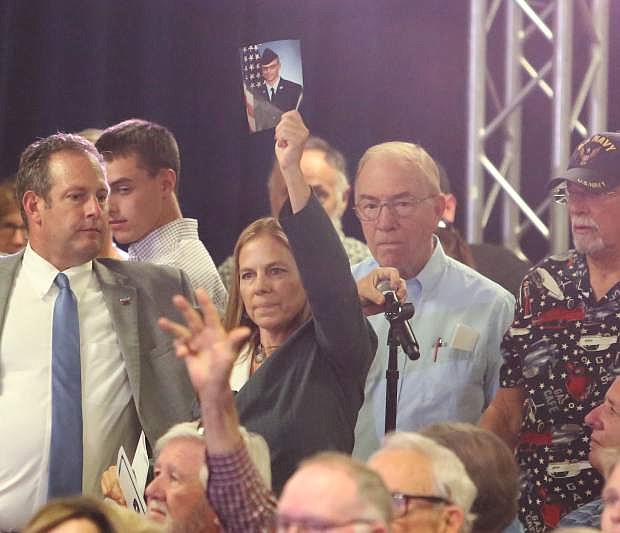 Catherine Byrne holds a photo of her son, Sgt. Raymond Harmon, while asking vice-president hopeful Mike Pence about Donald Trump&#039;s remarks of the Kahn family&#039;s speech at the Democratic Convention.