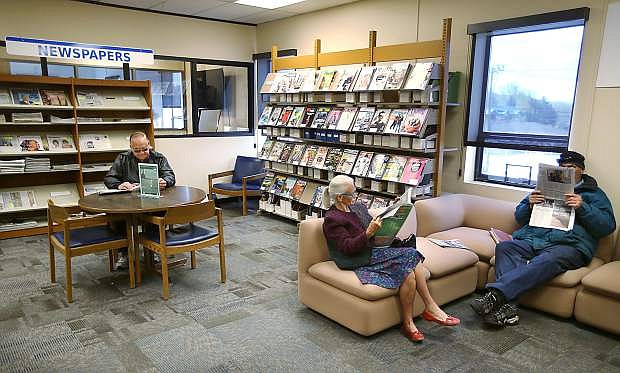 Patrons read newspapers and magazines at the Carson City Library in a file photo from April 2015. The library is looking for new donors to sponsor subscriptions to periodicals.