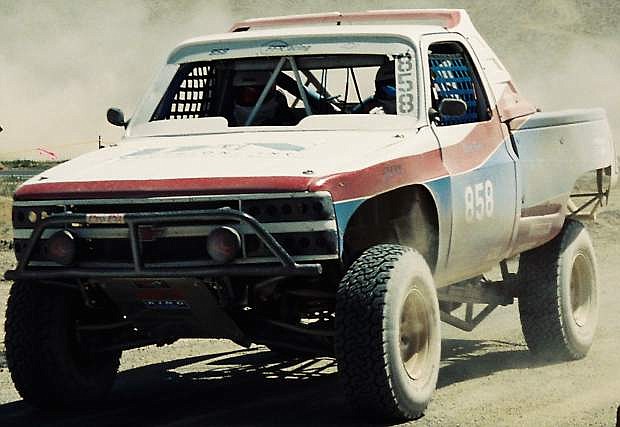 A pick-up arrives at the pit-stop during the Vegas-to-Reno race through rural Nevada several years ago.