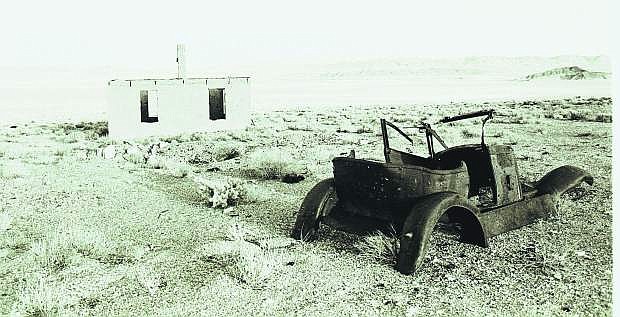 The Nevada landscape is littered with artifacts, such as this abandoned car near Blair, that sometimes have fascinating stories to tell.