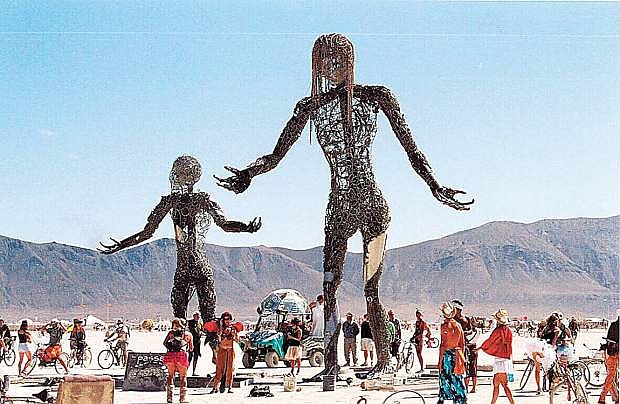 Fanciful and frivolous displays are the norm at the annual Burning Man celebration.