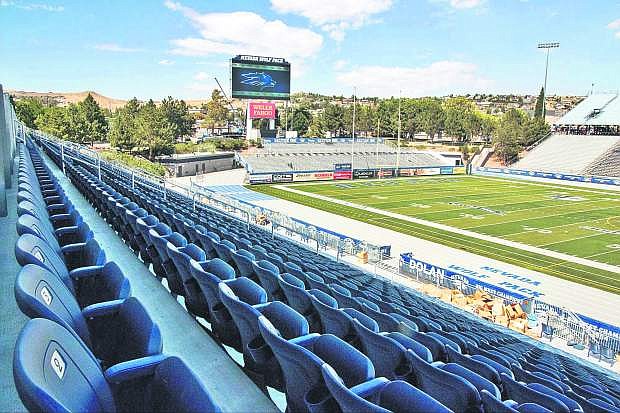 A look at the scoreboard and chair back seats at the renovated Mackay Stadium on Wednesday.