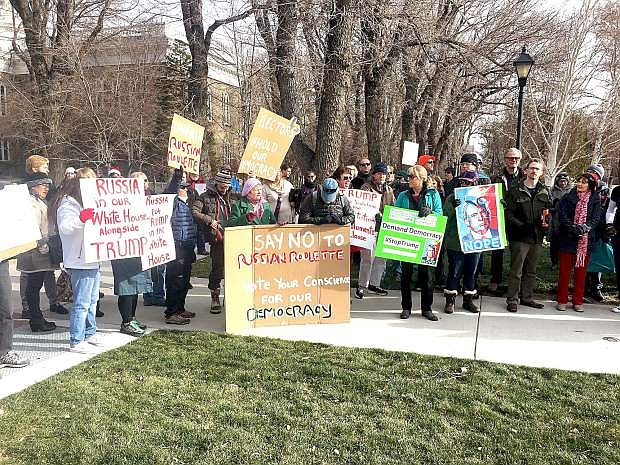 A group of about 40 protesters gathered outside the Capitol Monday morning just hours ahead of the electoral college vote in Nevada.