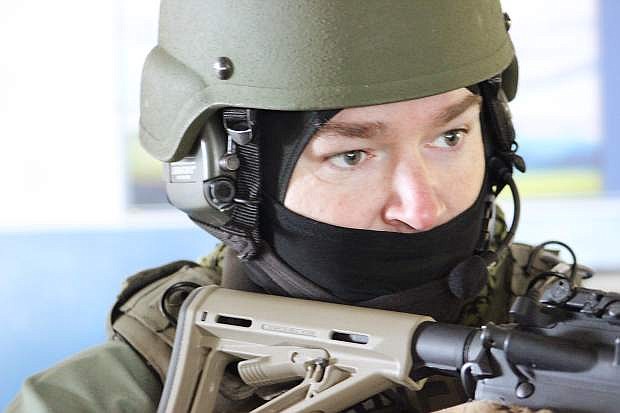 The eyes of a SWAT member keep vigil during a hostage crisis.