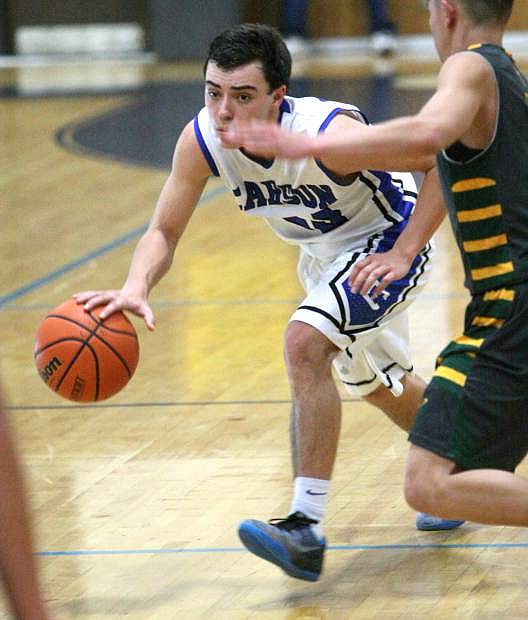 Guard Cody Azevedo brings the ball up the court against Manogue on Tuesday night.