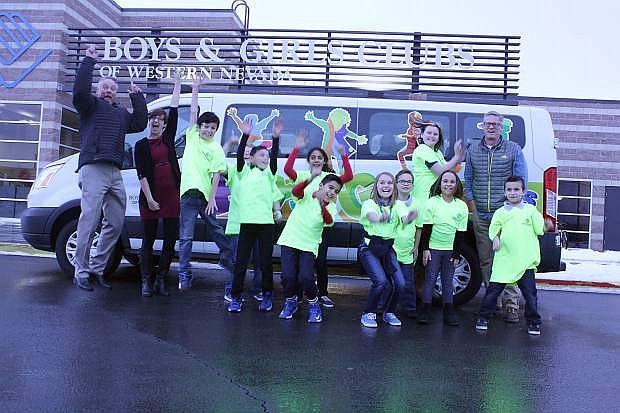 Tim Milligan, general manager of Campagni Auto Group, Katie Leao and Kurt Meyer, chief professional officer and president of the board of the Boys &amp; Girls Clubs of Western Nevada, celebrate the purchase of two new vans, courtesy of a grant from the E.L. Wiegand Foundation.