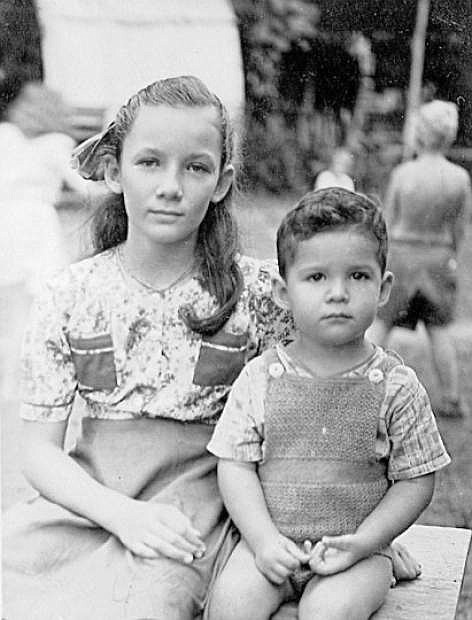 This picture of Sascha and Buddy Weinzheimer was taken before the family existed in a 10-feet-by-11-feet shanty at Santo Tomas Interment Campus for two years.