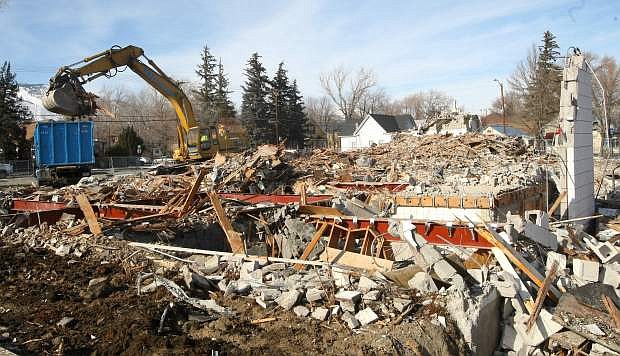 The former Citi Bank is reduced to rubble on Tuesday.