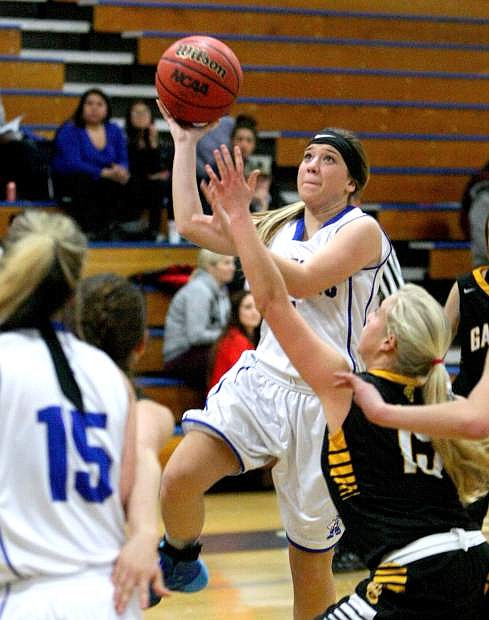 Andrea Maffei drives to the basket against Galena on Tuesday.