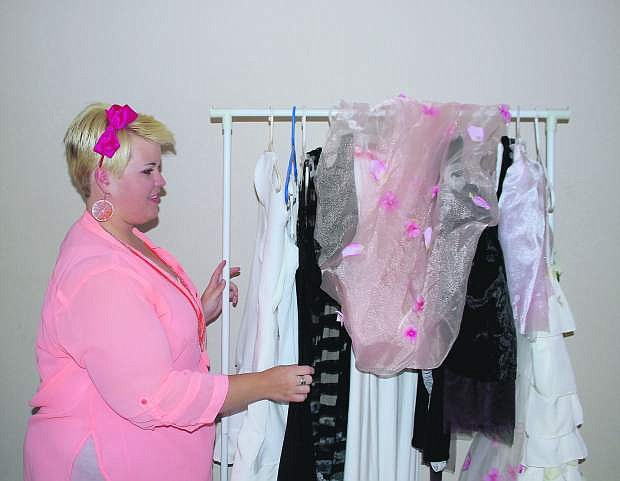 Ashlee Marie Donovan flips through her garments she has created for the Reno Fashion Show.