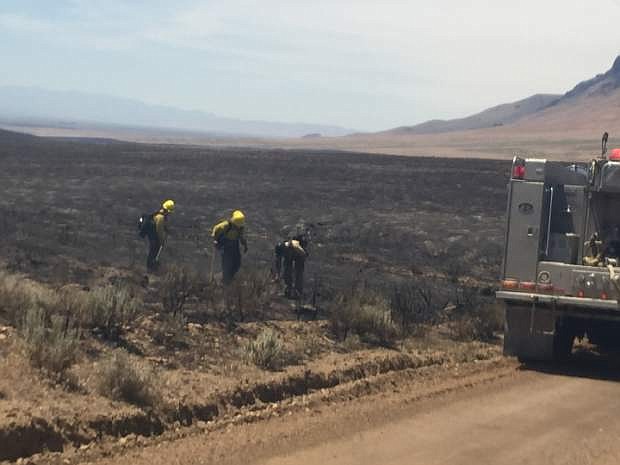 Fire crews tend to hot spots Monday, July 4, 2016 on the perimeter of a wildfire that has consumed 185 square miles of rangeland in north-central Nevada. More than 250 crew members were fighting the blaze that burned within a few hundred yards of ranch homes near the town of Midas about 35 miles north of Battle Mountain, but there have been no reports of injuries or structure damage. (Rudy Evenson/ U.S. Bureau of Land Management via AP)