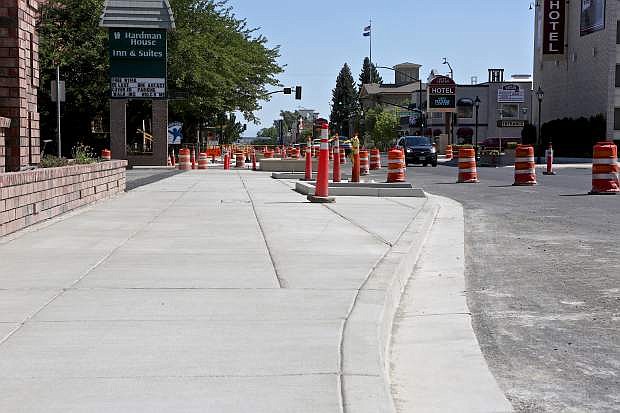 A sidewalk in its completed form is shown on the east side of Carson St. just south of William St.