Beware of scary Brexit headlines pushing you to buy gold 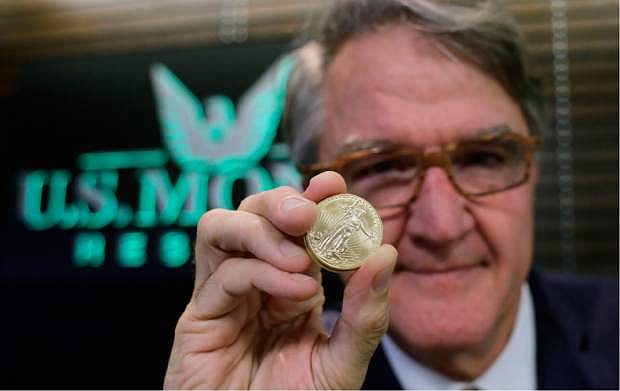 In this July 1, 2016, photo, Philip Diehl holds a 1-ounce gold coin at his office in Austin, Texas. Safety is a big draw since the shocking British vote to leave the European Union, sending gold prices soaring. (AP Photo/Eric Gay)