Should you let your meat rest? 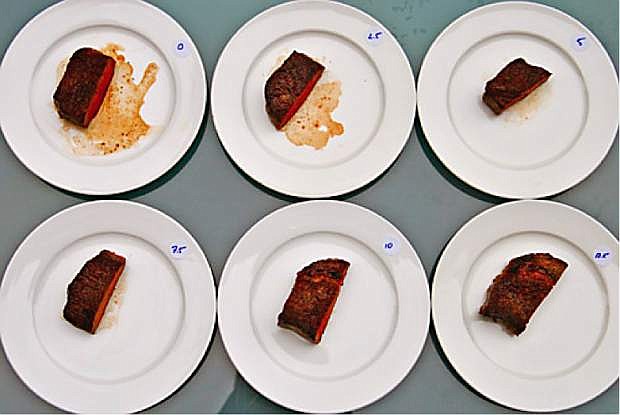 Six steaks of identical thickness, each cooked to 125 degrees. Each steak was sliced in half every 2.5 minutes and placed on a plate to show how much of the juices leaked out.