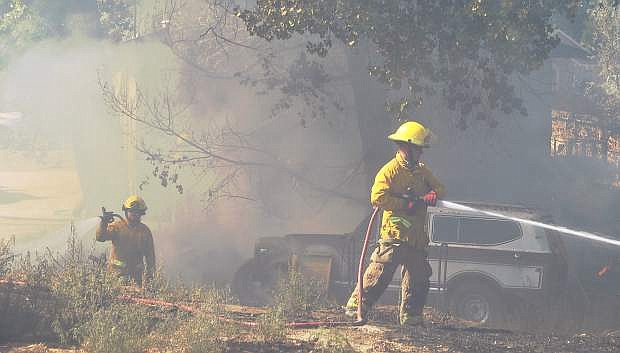 Firefighters from the Fallon/Churchill Fire Station arrived at the property on Alcorn Road to investigate and stop the spread of the fire.