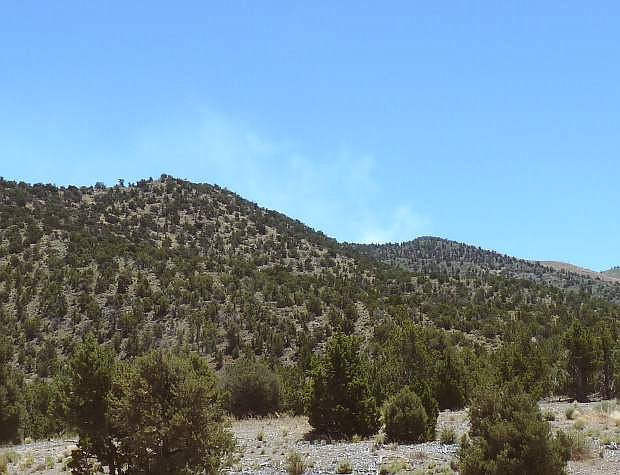 Smoke rises in the Pine Nut Mountains after a fire was reported at about noon on Wednesday.