Jacks Valley Ranch up for conservation 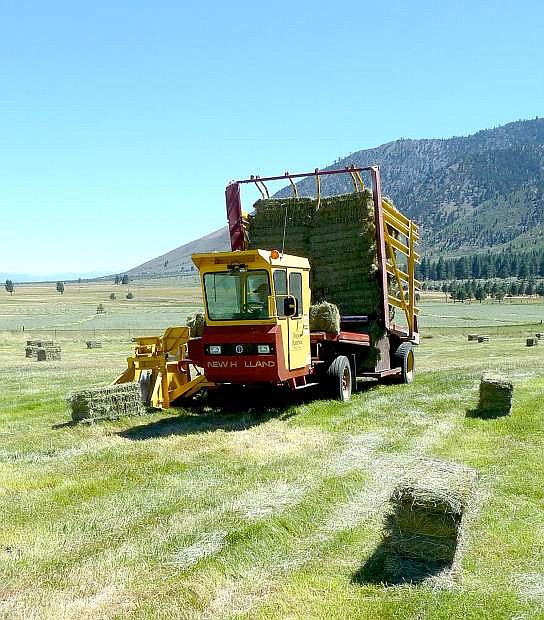 A harrowbed picks up three-string bales on John Ascuaga&#039;s Ranch in July 2013.