Carson gets a taste of pads at camp 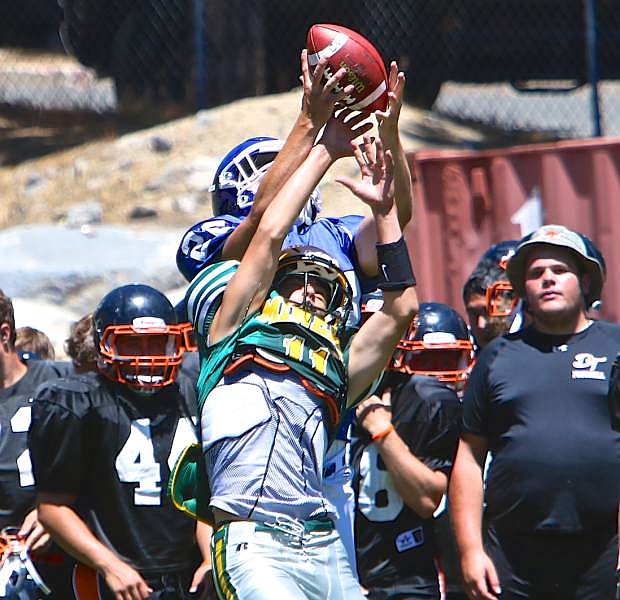 Carson senior Connor Quilling goes up for a reception against a Manogue defender on the 2nd day of summer training camp while Douglas players spectate from the sideline Wednesday at Incline High School.