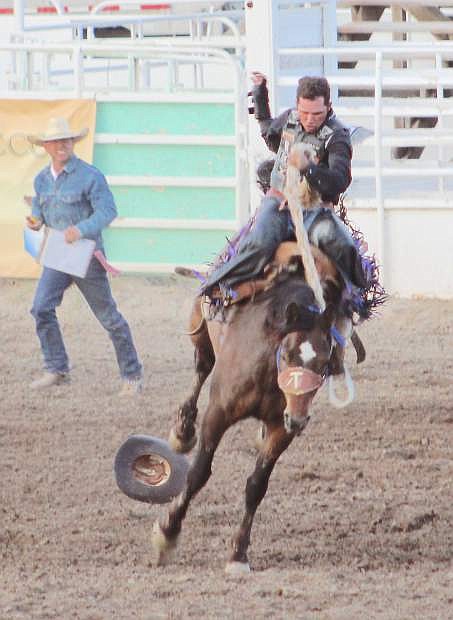 Cord Hendrix tries for a good score in saddle bronc at a previous rodeo.