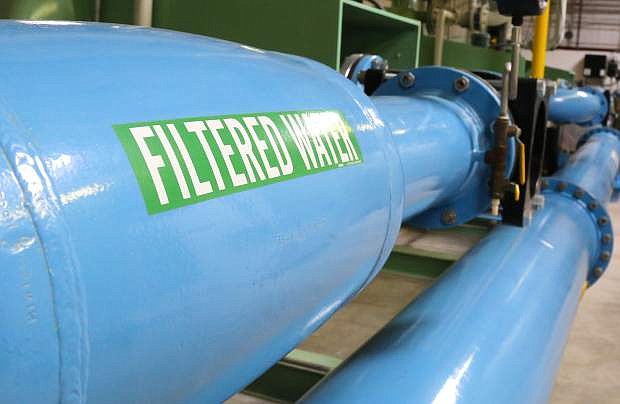 Clean filtered water is pumped from the Quill Water Treatment Plant and into a 4-million gallon holding tank that is located next to the facility.