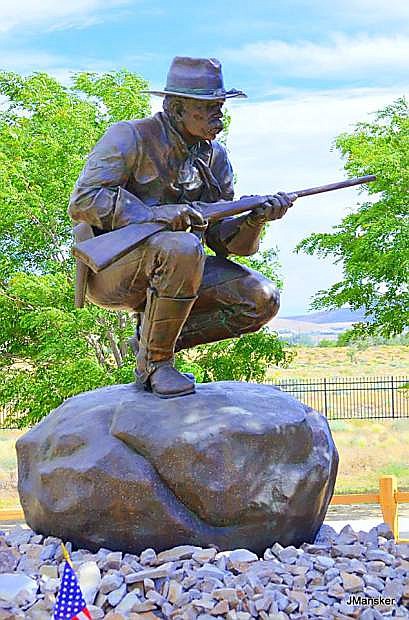 A monument of a cavalry trooper keeps watch on the Northern Nevada Veterans Memorial Cemetery.