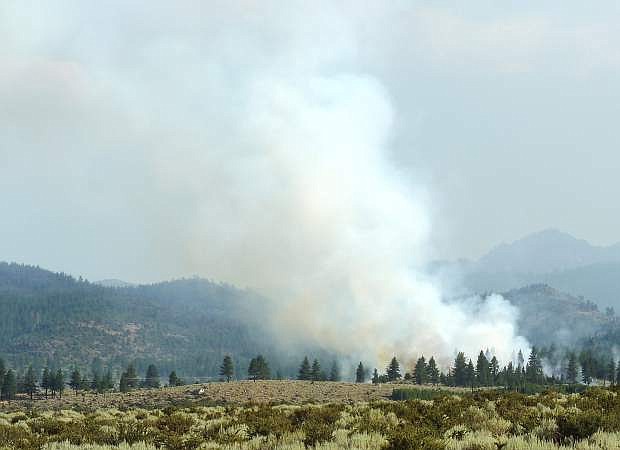 The Diamond fire is burning in Alpine County on Thursday evening.