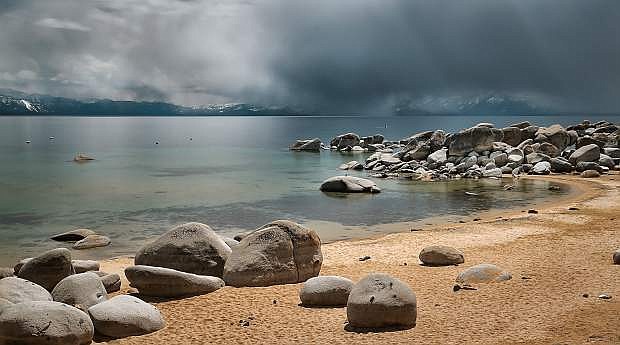 A spring 2016 storm moves over Lake Tahoe, as seen from Speedboat Beach. According to UC Davis, while precipitation was near average last year, only 6.5 percent of it fell as snow in 2015, the lowest amount ever recorded.