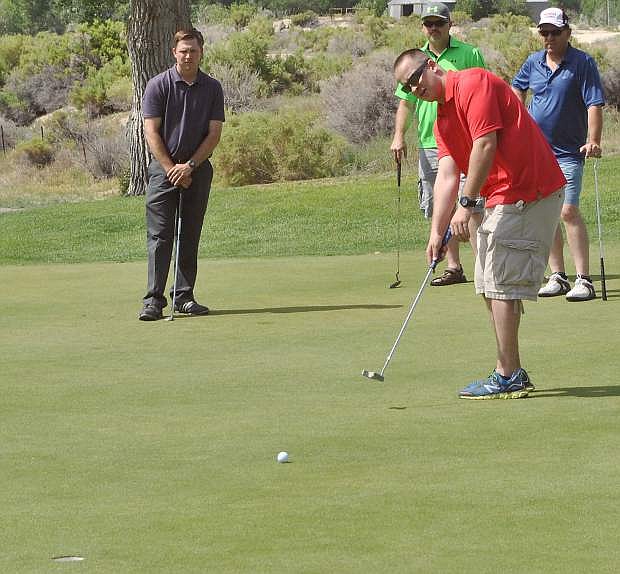 Chris Decker, red, puts on the green while his foursome watches quietly from behind.