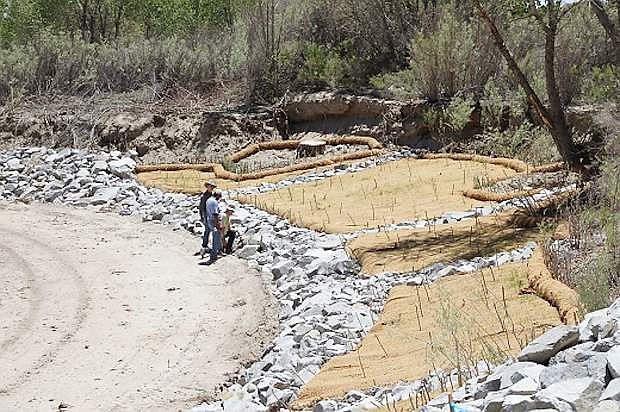 This is a look at the latest streambank stabilization project completed through a partnership between the Walker River Paiute Tribe and NRCS Nevada.