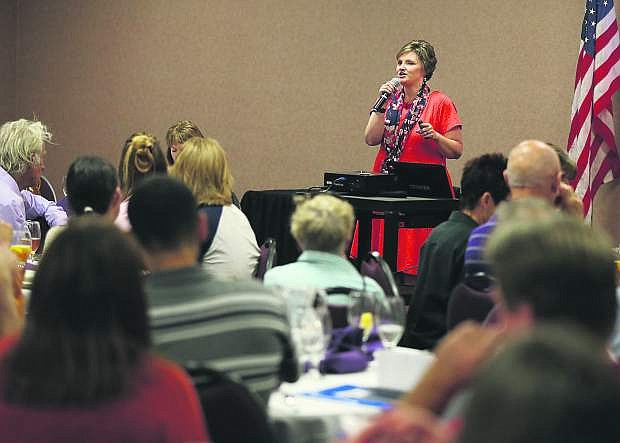 Jo McGuire, an expert on workplace drug and alcohol issues, speaks at a Marijuana in the Workplace seminar hosted by Partnership Carson City at the Gold Dust West in Carson City, Nev., on Friday, June 10, 2016.