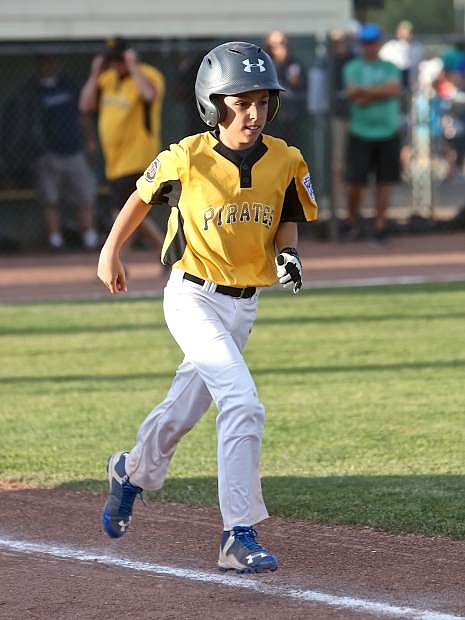 Pirates player Thomas Barchett jogs to first base after being walked in the last inning of the championship game with the Yankees.