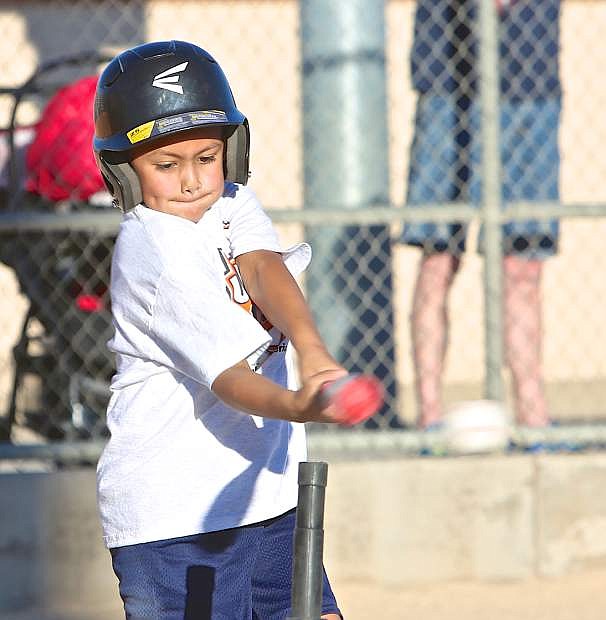 6-year-old Anthony Pacheco gets a hit for his Junior Giant &#039;Yellow Lightning&#039; team Friday at the Livermore Sports Complex.