The risks taken at Midway 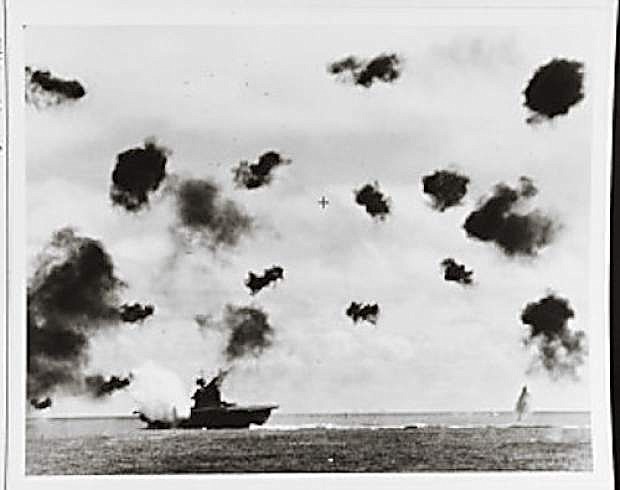 USS Yorktown (CV 5) is hit on the port side, amidships, by a Japanese Type 91 aerial torpedo during the mid-afternoon attack by planes from the carrier Hiryu, June 4, 1942. Photographed from USS Pensacola (CA 24). Yorktown is heeling to port and is seen at a different aspect than in other views taken by Pensacola, indicating that this is the second of the two torpedo hits she received.