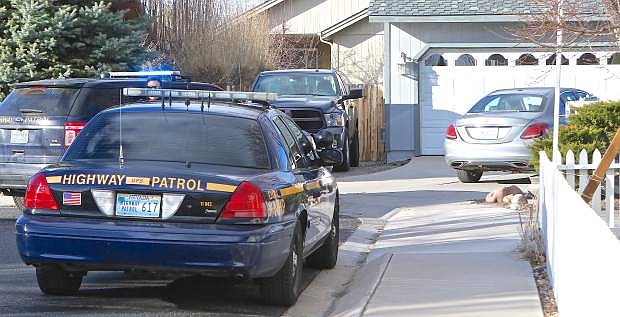 NHP vehicles at 1682 Mackland sit behind a 2015 Mercedes involved in a high-speed chase. The vehicle was abandoned here and the suspect fled on foot.