Estes earns his place in the Hall of Fame 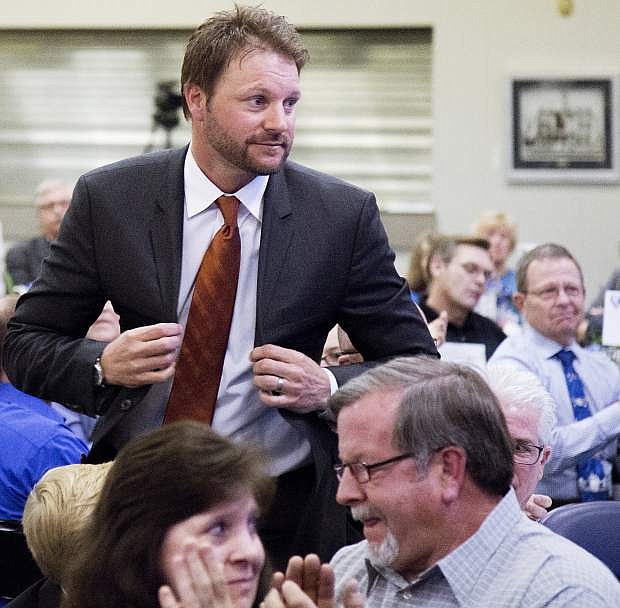 Sean Estes, standing, is awarded a seat in the NIAA Hall of Fame.