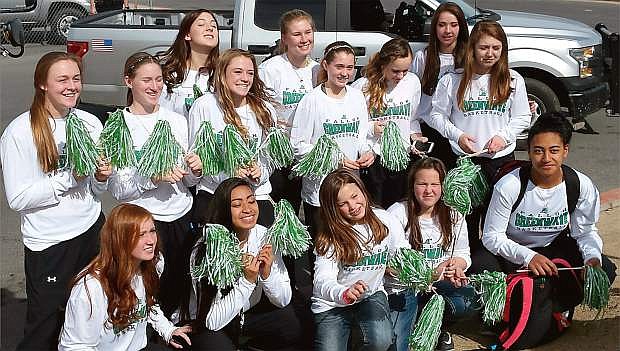 The Lady Wave basketball team poses for a photo at the end of their nearly undefeated season.