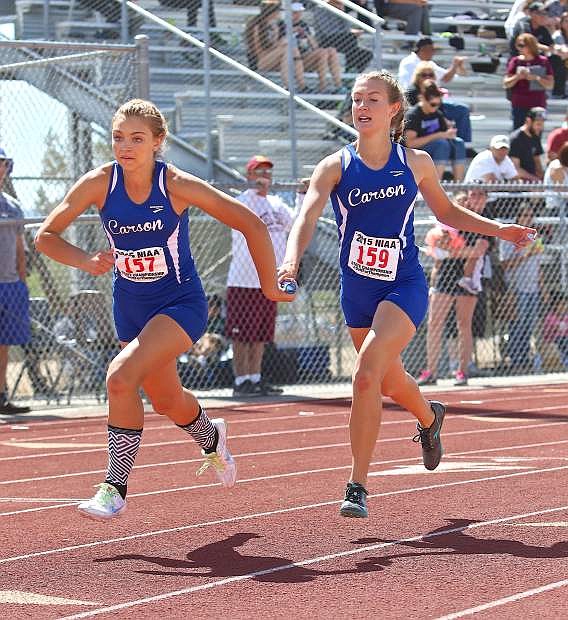 Athena Favero (left) takes the stick from a relay teammate last season at the state track meet in Las Vegas.