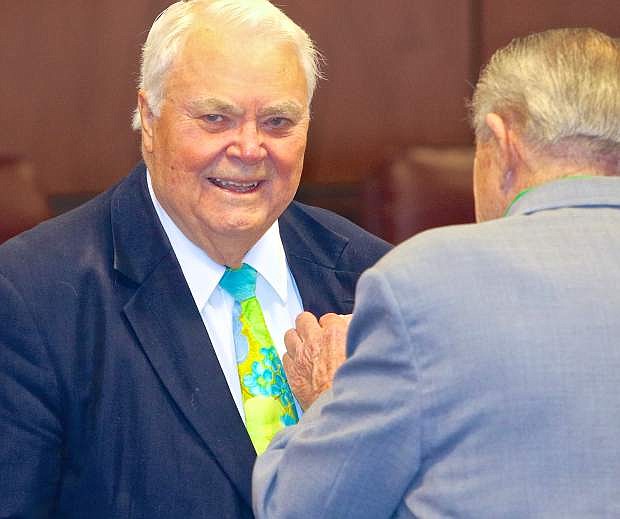 Ronald &#039;Ron&#039; Gutzman has a pin placed upon his lapel by the Navy League&#039;s Chuck Harton Thursday during a ceremony honoring Gutzman.