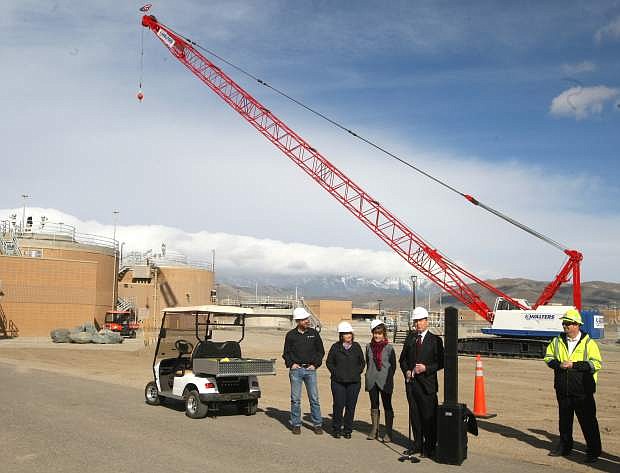 A groundbreaking ceremony was held at the Water Resource Recovery Facility on Monday morning.