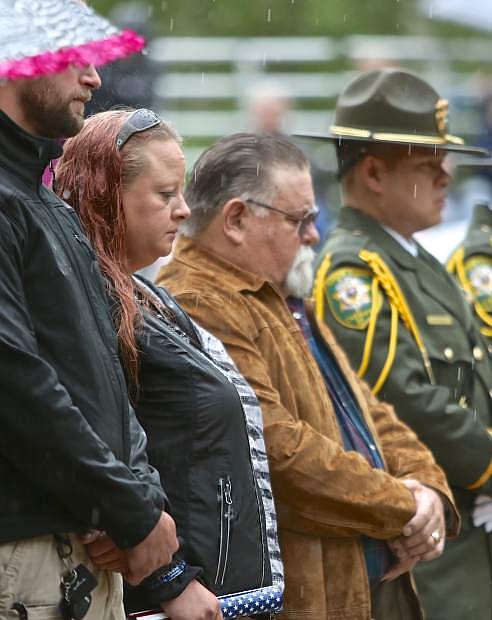 Deputy Howell&#039;s widow, Rachel, and her father-in-law, Kevin, stand during the Peace Officers memorial ceremony on the Capitol Mall.