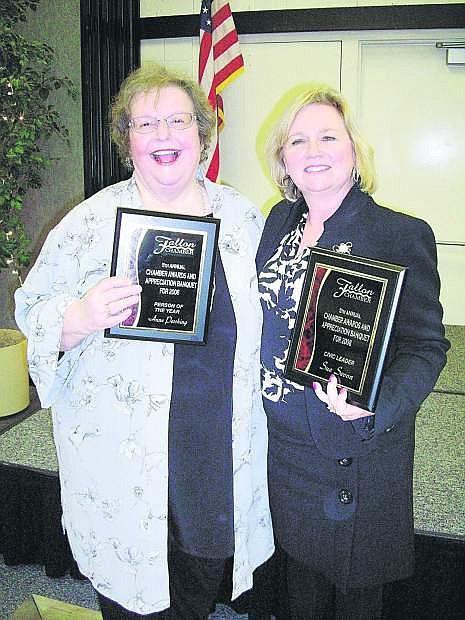 In this 2009 photo, Anne Pershing, left, was named Person of the Year. Sue Sevon, at right, was named Civic Leader of the year.