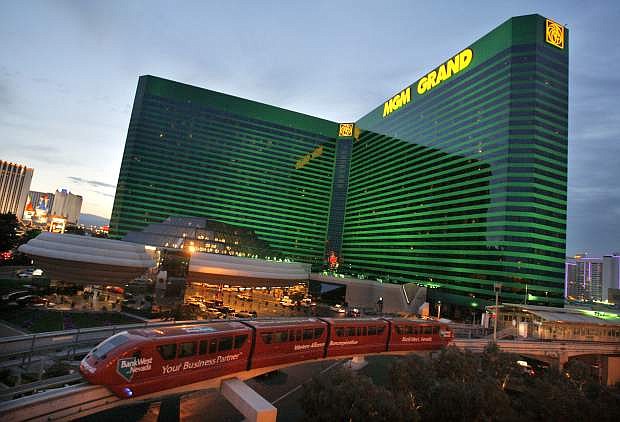 FILE - In this April 27, 2006 file photo the Las Vegas Monorail passes the MGM Grand in Las Vegas. Operators of the monorail are pitching a plan to county lawmakers to extend the single-track people-mover closer to the site where a 65,000-seat football stadium could be built. Monorail officials are scheduled Wednesday, Nov. 2, 2016, to ask the Clark County Commission for two years to arrange funding to extend the elevated 3.9-mile track about a mile farther down the Strip. (AP Photo/Jae C. Hong, File)