For Abel, it runs in the family 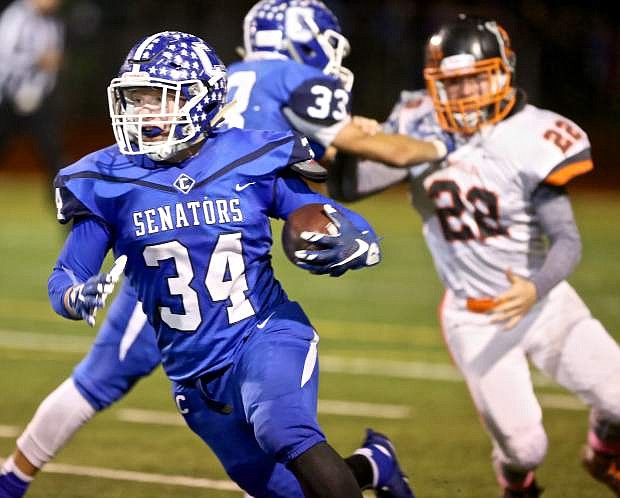 Abel Carter looks for daylight during one of his carries Thursday night against Douglas. Carter rushed for over 200 yards for the 2nd time this season.