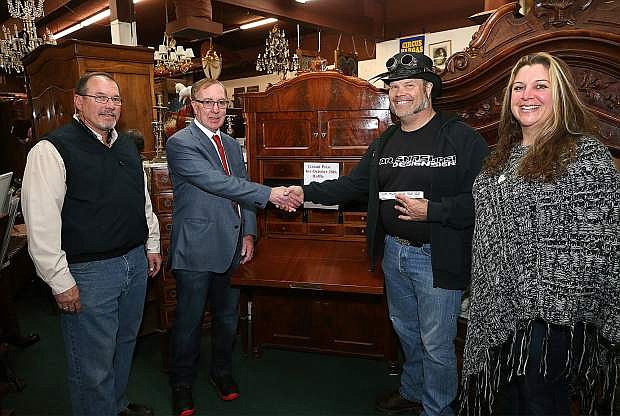 From left, Mike Riggs, president of the Downtown Business Association and Hanifin&#039;s Arts and Antiques owner Michael Robbins present Eric and Rebecca Bevans with an antique desk in Carson City, Nev. on Thursday, Nov. 3, 2016. The desk was the grand prize from the raffle in last week&#039;s DBA Carson Street celebration.