Nevada Day in history: When a pope visited Nevada 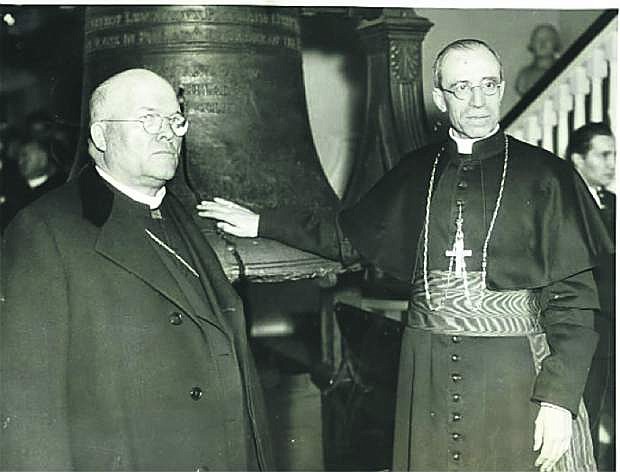 Eugenio Cardinal Pacelli (right, the future Pope Pius XII), with Cardinal Dougherty, visiting the Liberty Bell in Philadelphia during his United States Tour in 1936, which included Boulder City and Hoover Dam in Nevada.