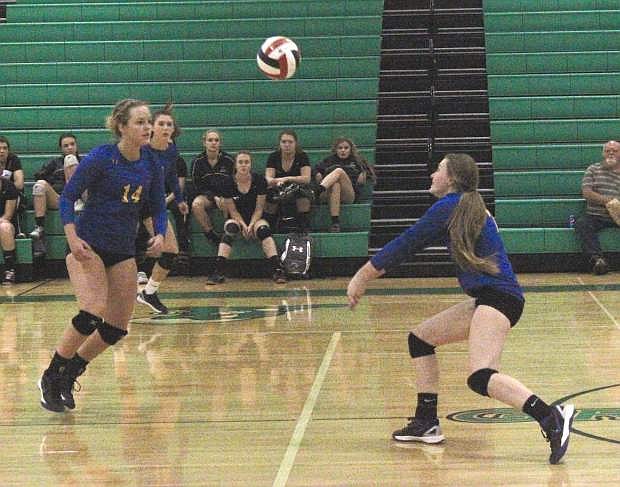 Jadyn Eastman, right, of Lowry sets the ball up for teammate Hannah Hillyer. Lowry fell to Truckee in four sets in the regional volleyball tournament.