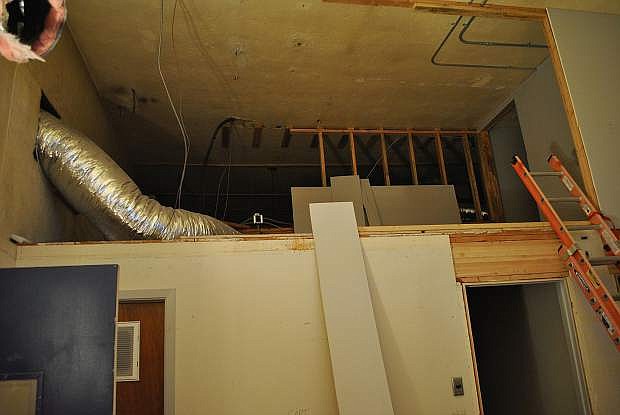 As the dropped ceilings are removed from the police department, a previously unused space will become storage.