Reed, Damonte to play for title 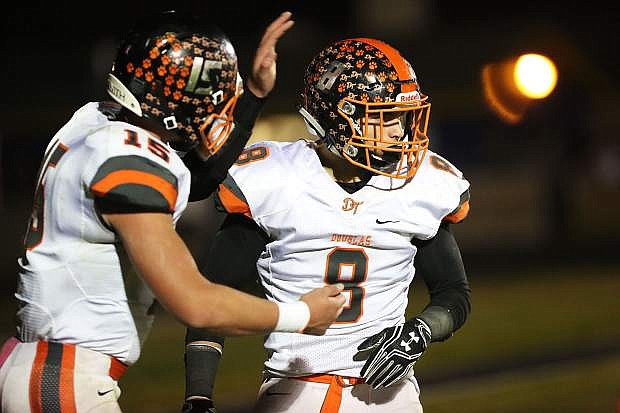 Ryland DeSomber is congratulated by Michael Cobb in the end zone after scoring at Reed High School Thursday night.