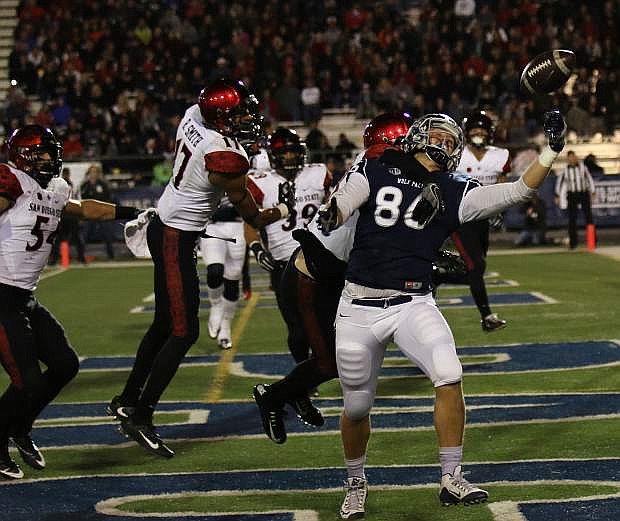 Nevada tight end Brandon Scott can&#039;t come up with the touchdown grab in the first quarter on Saturday.